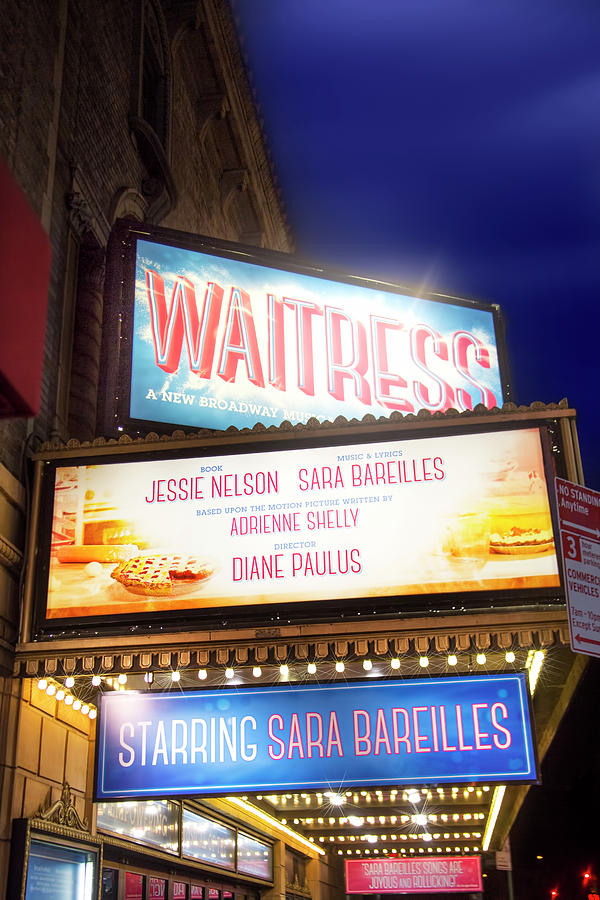 One of the most entertaining shows on Broadway is the musical "Waitress" starring Sara Bareilles who also wrote the music and lyrics. The lead role of Jenna was originated by Jessie Mueller who won a Tony Award for portraying Carole King in the hit musical "Beautiful". Jessie Mueller was also nominated for a Tony for "Waitress" as well. The show is a slice of life musical that depicts the struggle of the lead character Jenna who bakes amazing pies at a diner and is searching for a way to a better life. Catchy songs, colorful characters, great performances, and a wonderful story make this a must see musical that will most likely be remembered as one of the best. Not to mention the smell of freshly baked pies permeates the lobby of the theater which draws you in before the show even starts.