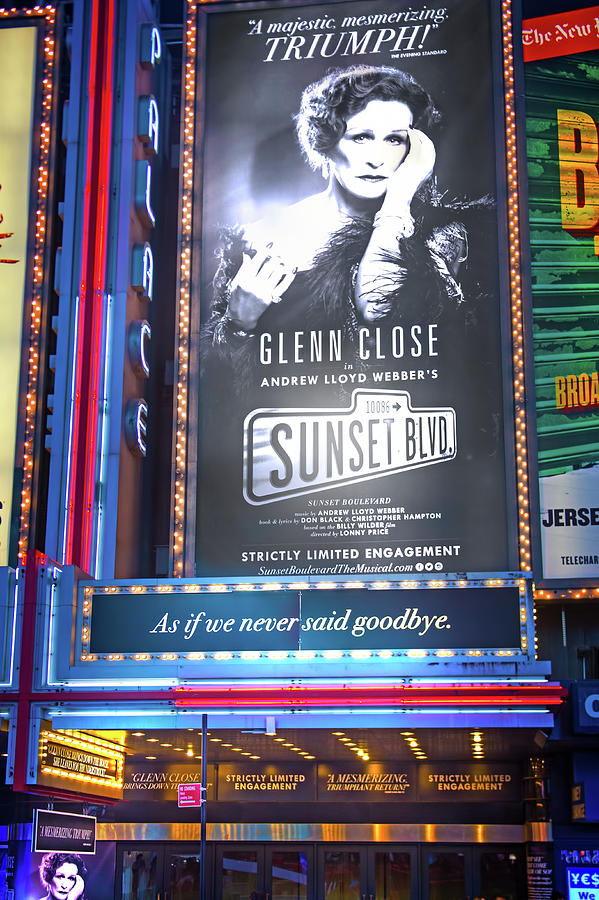 The marquee for the revival of Sunset Boulevard at the Palace Theater in Times Square. Glenn Close who won a Tony for her 1994 performance in the show, is back reprising the role of Norma Desmond, a faded movie star of the silent film area desperate for a comeback. With music by Andrew Lloyd Webber the show was a hit on broadway during it's initial run at the Minskoff Theater and returned to the famous Palace Theater for the revival.