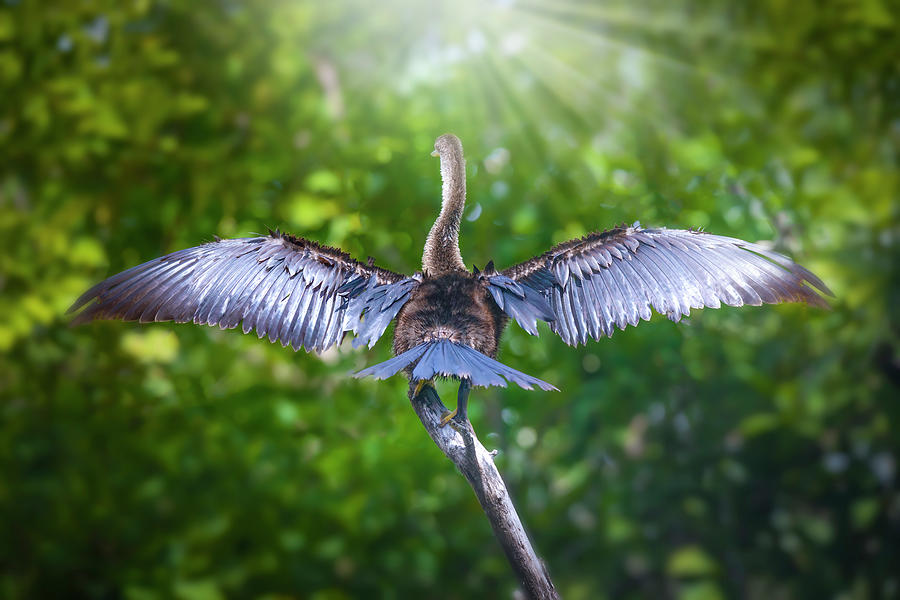 An Anhinga stretches out its impressive wings to dry after a swim in a creek in Everglades National Park. Anhingas are wading birds that feed on apple snails as well as small fish and insects that inhabit the shallower waters by the shore. Anhingas are often mistaken for Cormorants which look very similar except Cormorants have a curved hook shape at the end of their beak whereas Anhingas have a straight sharp beak. Both species of birds are swimmers and can be seen poking their heads out of the water as they swim.