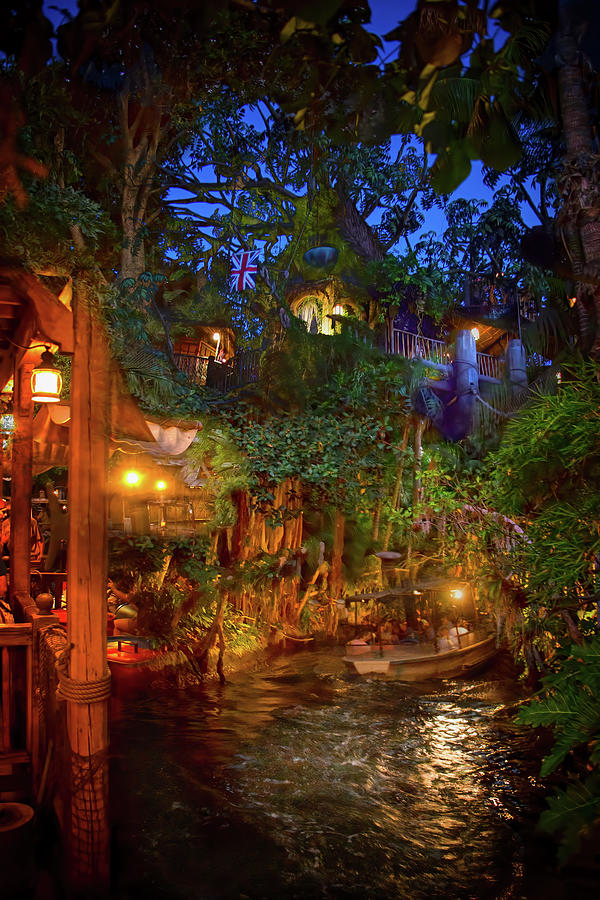 Boats head off into the night for a 10 minute excursion into the unknown at the Jungle Cruise attraction at Disneyland in Anaheim, CA. The Jungle Cruise originally opened in 1955 at Disneyland as one of the original attractions and is a feature in all the Disney parks with the exception of Disneyland Paris. The cruise features encounters with crocodiles, hippos, giraffes, lions, and even headhunters during the 10 minute excursion. Guiding adventurers on their journey are the tour guides, famous for their one liners and humorous takes on the cruise. To this day the ride is still a favorite among guests.

There is a slight painterly effect applied to this image which can be seen at full magnification. It's not something I do very often but I felt the technique lent itself very well to this photo.